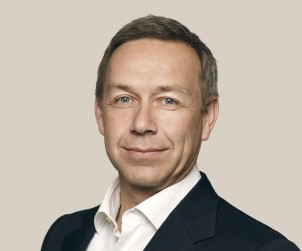 Heinrich Zetlmayer is a Venture Partner of mas advisory since 2022. He is founder & General Partner at Blockchain Valley Ventures, a Swiss company that supports new ventures and corporations in successfully navigating in the blockchain landscape.

Heinrich is engaged in several growth companies in Fintech, Crowdtasking and other digital domains on board and operational level and as an investor. He has acted as Co-Managing Director of Turtle Entertainment, Cologne, the largest esports company globally and was also on its supervisory board.

Heinrich joined mas in 2009 and helped to develop mas as Partner and shareholder. He focused on the setup and execution of turnaround and growth programs where boards or owners wished to accelerate the development of their company.

Prior to joining IBM, Heinrich was with the international management consultant Arthur D. Little for seven years as Global Head of Operations Management Practice and a member of its Global Management Committee. He helped several major global and national companies in the US and Europe on revenue, cost and capital efficiency increases for competitive leadership and in turnaround situations. He holds a Ph.D. (Dr.-Ing) in Industrial Engineering and a Diploma of Mechanical Engineering from the Technical University in Munich and has lived in several European countries and in the US. Heinrich is a Swiss and German citizen, born in Munich, and speaks German, English, Italian and French.

Building the sport of the digital generation 2010-2015

Get in touch with Heinrich Zetlmayer